From March 14 – 16, Alejandro Gerones, Accounts Manager with CARIS, attended the North Indian Ocean Hydrographic Commission (NIOHC) meeting in the port city of Chittagong, Bangladesh.  Joined by our reseller, R.H. Khan (Shuvo) from Multitech, they proceeded to meet with the Chittagong Port Authority Director and the survey team at the Hydrographic Department. The NIOHC meeting allowed Alejandro to reconnect with acquaintances from the United Kingdom Hydrographic Office (UKHO) and to meet clients and partners from Sri Lanka, Bangladesh, India, Myanmar, and others. 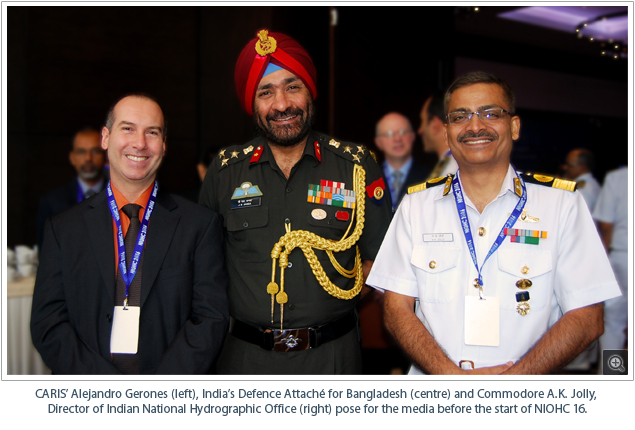 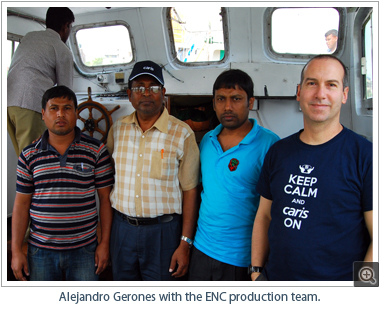 Alejandro presented the S-100 capabilities of CARIS S-57 Composer™ and demonstrated CARIS’ integration of new tools in our software for the production and testing of datasets. It was very well received and discussed by UKHO, India, and Service Hydrographique et Océanographique de la Marine (SHOM). In the evenings, the Bangladesh Navy kindly organized cultural events featuring local artists.

Next was a visit to Dhaka and the Bangladesh Inland Water and Transportation Administration (BIWTA). The BIWTA is CARIS’ second largest client in Bangladesh and responsible for surveying and mapping all the rivers in Bangladesh. Their most important task is keeping the Chittagong-Dhaka waterways open and navigable. The BIWTA is currently building two new survey launches which will be equipped with multibeam sonar and CARIS HIPS and SIPS™ processing software.

The second leg of the trip was the city of Dehradun, India and home of the National Hydrographic Office of the Indian Navy. During this portion of the trip Alejandro was accompanied by another CARIS employee, Constantino Solano, Production Tools Team Lead, Sr. DBA, who was in charge of upgrading Oracle and CARIS Hydrographic Production Database™ (HPD) to their latest versions. While Constantino continued to upgrade the systems, Alejandro spent time with the cartographers holding seminars on the new features of HPD software. 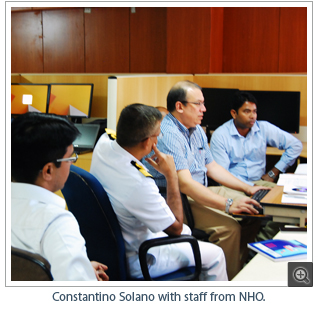 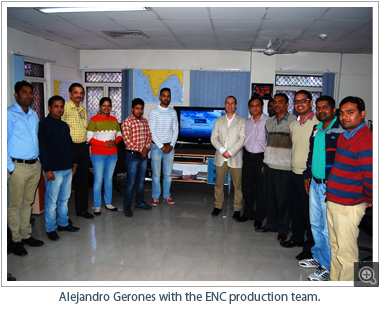 At the end of day two at NHO, Commodore Jolly expressed his gratitude and mentioned that the CARIS team had exceeded his expectations and his team was very excited with the new version of HPD.