Thierry obtained his Bachelor’s degree in Organization and Management of Works in Topography in 2000 and began his career as a surveyor, specializing in Topography and Bathymetry. He received FIG/IHO and in-house training on the integration and use of bathymetric equipment such as inertial, multibeam and lateral sonar and 3D laser scanners. In 2013, Willaert began working as a Hydrographer at the Grand Seaport of Dunkirk. He is responsible for integration, calibration acquisition, and dredging study. 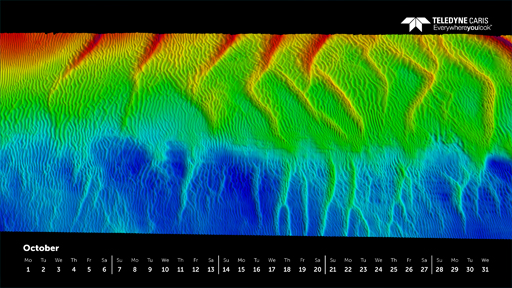 Underwater sand dune survey with the highest measuring up to 7 metres in height.