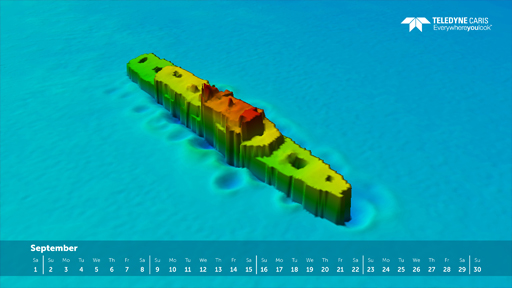 The image reveals a ship from the Portuguese Navy which was purposely sunk near the Porto Santo Island for use in recreational diving. The ship was surveyed with a shallow water multibeam survey system and the bathymetric data was processed in HIPS and SIPS. The survey was conducted by Instituto Hidrográfico, the Portuguese Hydrographic Office (IHPT).