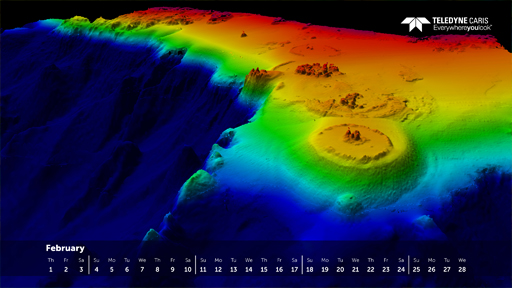 In the early hours of February 1 in 1811, there was an eruption in the sea about 4 km off the Coast of São Miguel Island in Azores. One year later a small islet emerged and the captain of the British frigate HMS “Sabrina” sailing in the area, decided to claim sovereignty of this newly formed territory by placing a British flag on it. Months later the islet collapsed and formed the submarine mount on the image, named “Sabrina”. The British flag was recovered by local sailors and is kept in the island until today, as a reminder of the diplomatic incident.